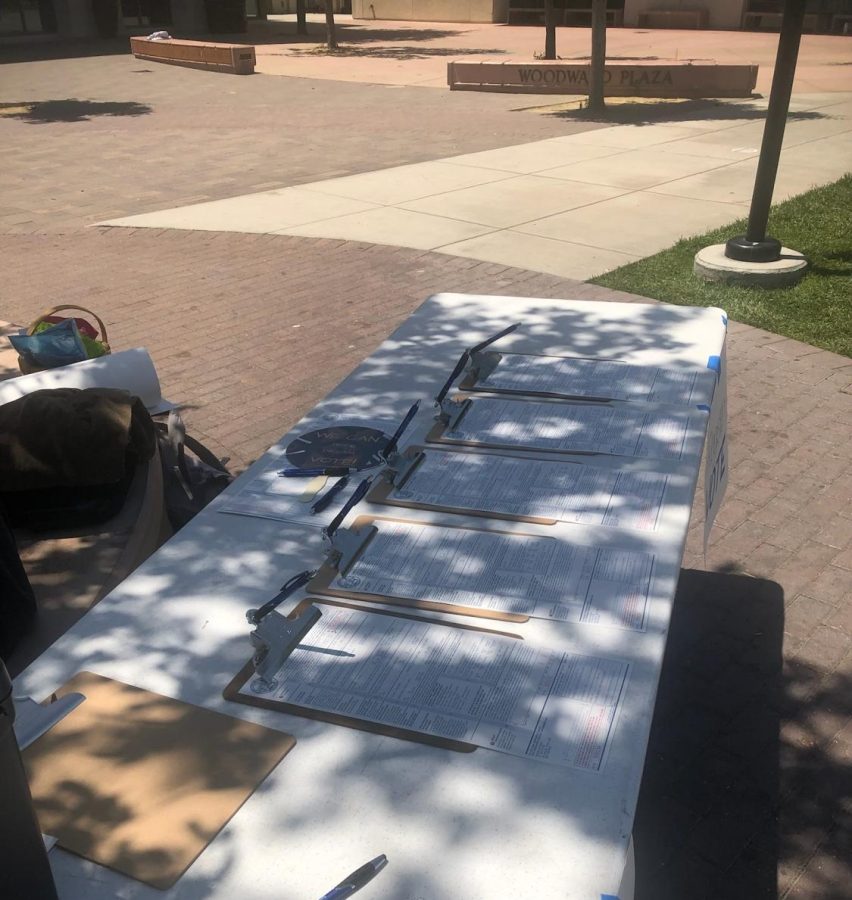 Though youth have engaged in politics at lower rates throughout history, during the 2022 midterms, Mitty students registered voters, volunteered with campaigns, and worked the polls. 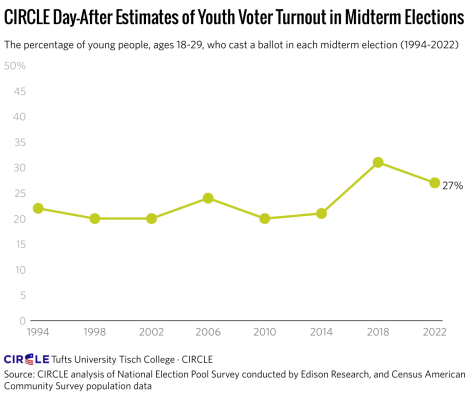 6:00 pm, November 8th – Election Day – As the sun set across Silicon Valley, people got off work, braving the rain to cast their ballots. At City Hall, the ballot drop box was so full that voters looked for other places to drop off their ballots, and lines at voting centers stretched out the door. Though you may not have seen many Mitty students lined up to vote, a number of students participated in other ways, and others had spent the weeks and months prior gearing up for the big day.

In October, the Mitty Advocacy Project worked on registering and pre-registering voters at their booth in the Schott Commons. Though many students are not yet eighteen, MAP Co-President Anya Danes says, “You can pre-register and there’s a ton more things you can do while you’re still a teenager that does get you involved in politics, like canvassing for local politicians and different things like that.”

Unlike past years, officials from the Santa Clara County Registrar of Voters were not on campus to provide forms for pre-registration; rather, students from MAP were directing students to online forms to pre-register. By pre-registering, students are automatically registered and sent a ballot when they turn eighteen.

And though the 2022 midterms fell short at 27%, high registration and strong turnout mark a hopeful upswing for youth engagement. ” 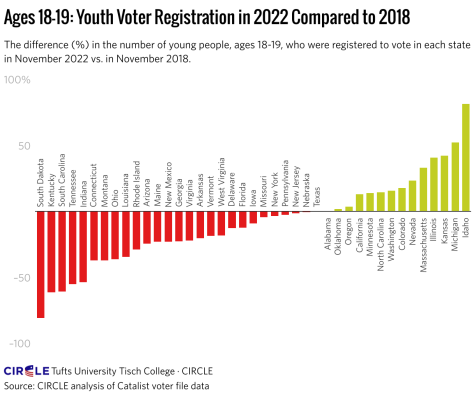 In California, efforts like these have contributed to a 13% increase in the number of registered voters ages eighteen to nineteen compared to 2018. Young people have traditionally voted in far smaller numbers compared to other age groups, but the 2018 midterms saw a thirty-year high with 28% of eligible voters aged eighteen to twenty-nine casting ballots. And though the 2022 midterms fell short at 27%, high registration and strong turnout mark a hopeful upswing for youth engagement.

Even further back, over the summer, Mitty students were involved with a number of political campaigns. Senior Francesca Rossi volunteered with Rishi Kumar’s campaign for the House of Representatives. Her work involved talking to potential voters about Mr. Kumar and his policies as well as distributing signs to supporters.

Evaluating her work with the campaign, she said, “It gets you in the perspective–in the shoes of our leaders, of people who are trying to make a difference on a local level and even a national level.”

As 8:00 pm approached on election night, a number of students were still out working at polling stations across Santa Clara County. They were involved in managing lines of voters, directing voters who wished to drop off their ballots, and helping voters use ballot scanners that count their ballots for in-person voting.

For the many students studying American Government, the experience validates what they have been learning. Senior Marta Ruiz, an AP Gov student reflected, “it’s similar to what we talked about in class, but it’s just nice to see firsthand and see people’s opinions and how people reacted to the changes and kind of just the process.”

Additionally, working the polls meant interacting with a diverse group of other poll workers. Arvind Sthanukrishnan said, “Being born here, we have a certain experience, but just listening to how they immigrated here and what they had to go through when they came here was really fulfilling.”

In the end, increased threats towards election workers did not affect the Mitty students I spoke to, who uniformly enjoyed the work and found that most voters were appreciative of their contributions.

California has one of the highest rates of youth participation in poll work, with 13% of poll workers being under eighteen. Youth participation can be quite beneficial in terms of technological savvy as, according to AP Government teacher Ms. Dalane Bollinger, “Officials want to have young people because they have a lot of older people and those older people aren’t going to be around forever. Adding to that is the technical acumen which was something the Registrar’s Office had discussed with us.”

So while national trends may reveal low youth turnout, many of the students I spoke with expressed an interest in studying or continuing this work in college. Ms. Bollinger reminds us: “It’s imperative that students understand that democracy is a living thing. That it is something that everyone has to be or should be involved in, in order to make democracy work well … Democracy is something that you know that you have to fight for.” 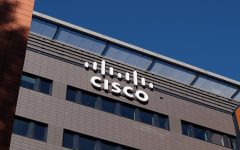