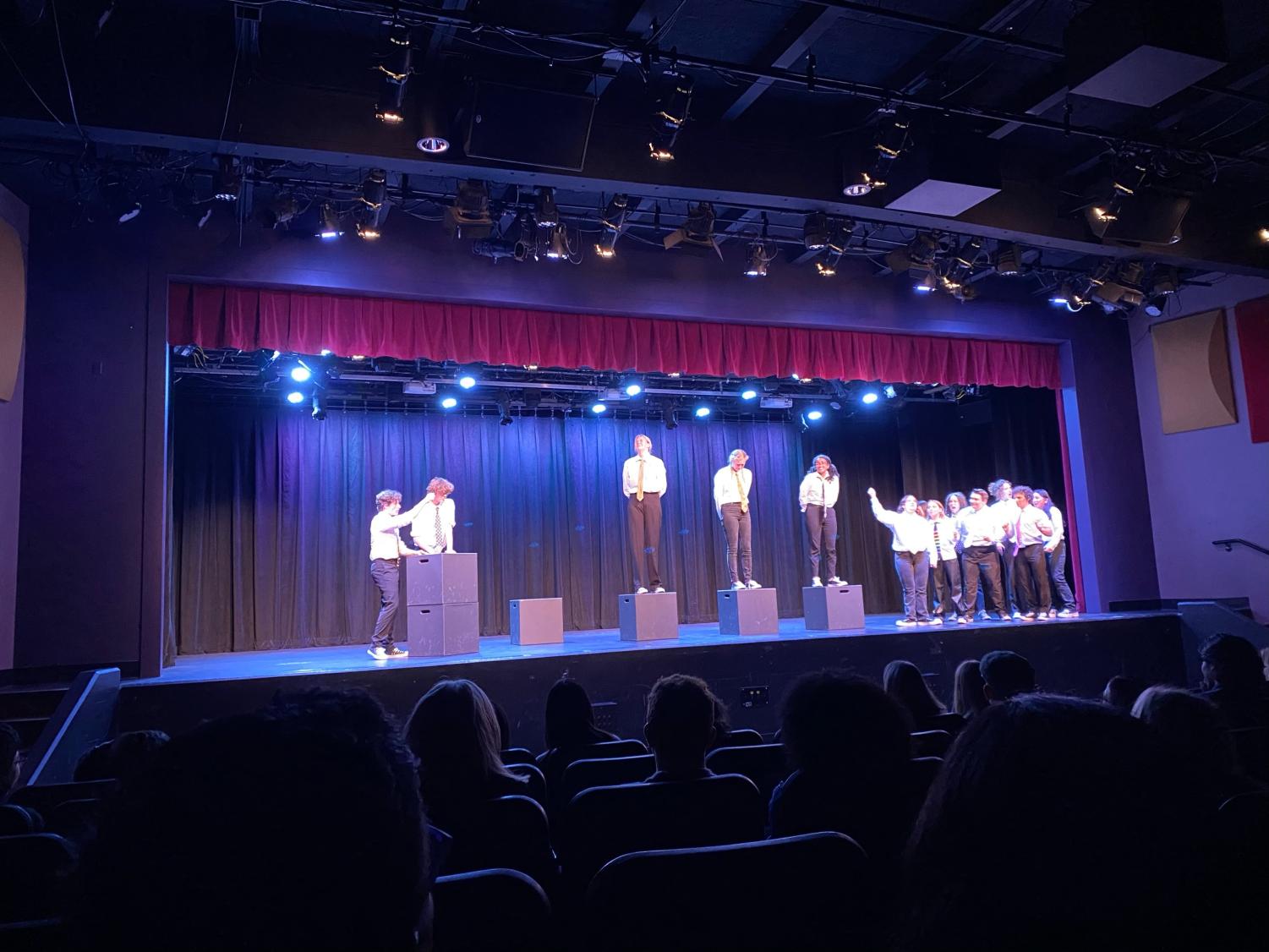 Pardon My French: Bringing Joy to the Community

As students walk by the Kinkade Center for the Arts, they aren’t always just hearing string instruments or vocal harmonies—oftentimes they hear bursts of laughter resounding through the walls. Pardon My French, Mitty’s sketch comedy crew, is responsible for all that joy. With the help of Mr. Doug Santana, the head of the Performing Arts Department and leader of Pardon My French, the members of the crew create a comfortable circle for everyone to throw in and develop their ideas, leading to hilarious improvisational shows.

The Pardon My French team improvises its sketches, relying on each other to maintain the momentum of their production. There is never a set script—the members always have the freedom to determine their path except during the start, ending, and designated plot points. Therefore, collaboration among the team members is essential to ensuring every member can effectively perform their role. Senior Alexis Korb of the team says, “The most important quality of the team is collaboration. We all really want each other to succeed, and we get to help each other set up the jokes.”

There’s a more human, personal side of this group. At Black and Gold, while our peers were performing, we were all just backstage dancing, having fun, and doing our own silly things.”

Planning is another crucial element that determines the quality of the show—one forty-five minute class is entirely dedicated to the members to pitch ideas. Over time, the team makes many revisions on the selected scenes, and some are discarded. But the planning process is rarely smooth. One challenge the crew has to overcome is that costumes are not finalized until days or mere hours before the play. So, the type of costume, according to team member and sophomore Joseph Dean, could limit some potential ideas for the play. Moreover, due to the unscripted nature of these performances, one member of the team could speak a line that another member is unprepared to respond to. Junior crew member Elliott Stone has experienced this setback: when he was performing at Mitty’s most recent Open House, he was called a “mama” of another crew member during an improv game, becoming briefly stuck before coming up with his lines. The members of the team must be prepared for any sudden change in ideas and respond accordingly.

Even with the challenges of pulling off an entertaining show, memories will persist with the members into the distant future. They talk about scenes that stick with them and laugh together as they recall hilarious acting moments. As these memories are shared, they bond and become more comfortable acting with each other. Emilia Rodriguez, a senior crew member, believes there is a robust connection between the crew participants. She remarked, “There’s a more human, personal side of this group. At Black and Gold, while our peers were performing, we were all just backstage dancing, having fun, and doing our own silly things.”

Despite the long hours, the members find sparks of joy and humor—the same joy and humor they provide to the audience on stage. Mr. Doug Santana notes, “Although most of the show is born out of improvisation, I like to think of it as connecting the dots between the audience, and between each and every one of the cast members.” 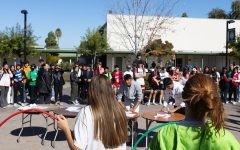 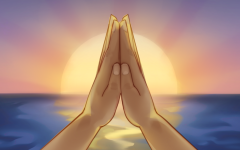 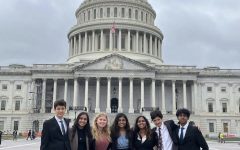