A year ago, on March 16, 2021, a gunman entered three spas and shot and killed eight people, including six Asian women. Today, the Asian American community still grieves the lives of innocent people claimed by the Atlanta Spa shooting.

On March 16, 2021, Robert Aaron Long entered three spas and shot and killed eight people, six of whom were Asian women—Xiaojie Tan (49), Daoyou Feng (44), Hyun Jung Grant (51), Suncha Kim (69), Soon Chung Park (74),  and Yong Ae Yue (63). The news of this racially-motivated mass shooting rattled the Asian American community. A year later, Asian Americans around the country gathered to mark the first anniversary of the Atlanta spa shootings. Several of the victims were mothers, whose children are still grappling with their grief and anger at losing their parents.

Notably, former President Trump weaponized a racial slur and the term “China virus”  on the very day that this shooting occurred. However, solely pointing to the impacts of that term on the rise of anti-Asian hate crimes in the pandemic is not enough, as America’s anti-Asian imperialist policies have persisted for a long time and have massively contributed to America’s rampant Sinophobia. (It is also important to note that March 16, 2021 was, in fact, the anniversary of the Mỹ Lai massacre, in which a company of American soldiers brutally mutilated, murdered, and raped hundreds of unarmed Vietnamese citizens.)

Countless instances of violence against Asians have been tacitly accepted, including the US military’s long tradition of the dehumanization of Asian people which dates back to America’s repeated interventions and wars in Asia.

The dehumanization of the victims of this shooting was what allowed Atlanta’s police captain to declare that the killer was simply having “a bad day,” and that he had viewed the salon workers as obstacles he had to get rid of. The erasure of the continuous racial violence Asian Americans experience in order to preserve our image as a great nation only allows anti-Asian sentiment to continue to flourish in America, affecting the lives of millions of Asian Americans across the country. Specifically, the dehumanization and sexualization of Asian women has rooted itself deeply in American culture—connecting back to the wartime practice of American soldiers using Asian women for their military brothels.

Asian American activists are calling on Americans to reexamine this country’s long and violent history with Sinophobia, and how the lack of understanding of it further puts the Asian American community at risk of harm.

Byeong Cheol Han, the 58-year-old pastor of Korean Central Presbyterian Church in Atlanta, is one of many leaders who have inspired political action in his community of fellow Asian Americans; he reflected on his feelings following the shooting: “I was heartbroken and I was very sad and angry. At the same time, I felt that nowhere is safe. No one is safe.”

Asian Americans around the country are participating in fundraising efforts, marches, vigils, and other events to raise awareness for the victims of this shooting, as well as for the Stop Asian Hate movement.

What is happening today?

A recent rally against anti-Asian hate crimes took place in Sacramento, California, on March 14. Along with many other organizers, Melissa Sagun and the AAPI community gathered to “Break the Silence” near the California State Capitol building. “We will stand here; we will fight, and we will make sure our voices are heard and that legislation is always passed to support our anti-hate crime position,” adds Mary Yin Liu, the national president of AAPI Affairs Association. The rally on Monday encouraged a national call to action for the spike in the number of hate crimes for two years, since the start of the pandemic.

In the remembrance of the victims of the shootings, the people of Georgia conducted a Community Remembrance Day to acknowledge the one year anniversary of this tragedy. Around 200 people gathered on March 12 around the city’s memorial to remember the shooting and to stand in solidarity with those who were forced into sexual slavery during WWII.

“We wanted to leave the actual day, March 16, as a quieter day of reflection… We wanted to provide space for the families to grieve in whatever way they wanted to,” said Phi Nguyen, the executive director for Asian Americans Advancing Justice in Atlanta.

One of the co-founders of Stop AAPI Hate, Cynthia Choi, has responded to an interview from The New York Times regarding violence against Asian Americans and Pacific Islanders in the United States:

What goals did you have for Stop AAPI Hate, and what have you been able to document?

We set out to understand the nature of the hate, who was being affected, and where this was occurring.  Between March 2020 and September 2021, more than 10,300 incidents of hate against Asian and Pacific Islanders across the U.S. have been reported on the site. Our most recent national report showed that there is a sustained high number of racist attacks against Asian Americans.

What does Stop AAPI Hate do that’s different from other anti-hate groups?

There are other sites that track hate, but we are the only ones tracking Covid 19-related hate and discrimination against our community, which is why we started at the beginning of the pandemic, when our community was being blamed and attacked.

Other than collecting and reporting cases, how are you responding to the surge of incidents?

We are developing policy solutions and recommendations based on our data and engaging with legislation and policymakers at the local, state and national levels. We are trying to hold the government accountable and to respond to the rise in anti-Asian hate by making investments in violence prevention initiatives and seeing that survivors and victims get support.

What are some of the obstacles?

The obstacles for me are when there is a reaction to a problem as opposed to really understanding what the root causes are. Because our community has suffered so much and has felt unseen and ignored for too long, there has been a tendency to seek ineffective Band-Aid solutions. That gets in the way of holistic and meaningful solutions that will take time and resources. There are no quick fixes or a single piece of legislation that will address structural racism. We need a holistic approach that addresses the needs of victims and survivors, violence prevention and to invest in our education system.

To read the full interview with Cynthia Choi, click here. 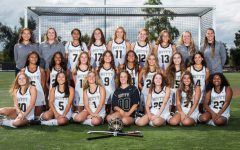 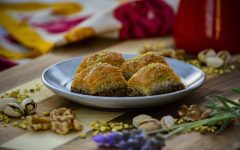 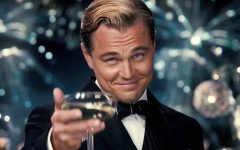