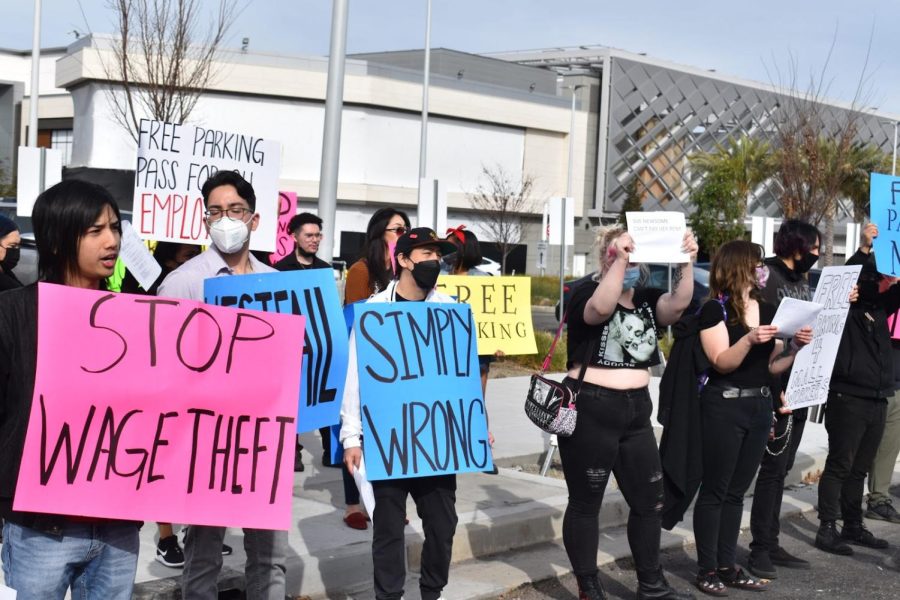 Remember those days of strolling Valley Fair, leisurely window-shopping to your eyes’ content? Well, those days have passed after Valley Fair—California’s most profitable mall—revealed its aptitude for avarice on February 8th of this year. On this day, Valley Fair introduced its new “Controlled Parking Plan” to charge both customers and employees for parking in their garages.

Now, why did Valley Fair decide to become the first mall in the South Bay to enforce parking fees? Valley Fair claims that too many vehicles are left by workers who commute and by travelers with flights at the nearby Mineta airport. To prevent these scofflaws from taking any more of the 8,400 parking spaces, the mall affirms that the plan is a necessary measure for “a broader focus of security…to ensure safe, easy, and convenient access for its consumers.” Of course, these “reasons” are just a guise for glaring greed.

For customers, the first two hours are free, and each additional hour costs a dollar until capping out at ten dollars. According to mall leaders at Westfield, 80% of shopping visits are accomplished within two hours, so this plan wouldn’t readily affect most buyers. Yet, when news first broke out, customers were not too happy about the new plan: many infuriated patrons are pledging to spend less time at the mall and park at nearby vicinities.

Although many affluent South Bay residents are virtually unphased about the parking fee, the real “slap in the face” (the words of Viet Ngo, the owner of Vietnoms) is the fact that employees must also pay for parking. For employees, parking costs three dollars per day—and a pass for a single month is forty dollars. As a result, employees led by Diesel’s Antonio Garcia and Vietnom’s Ngo are expressing their discontent through protests and petitions; Garcia’s petition for free employee parking has gathered over 1,000 signatures from employees.

In an interview with CBS News, Garcia shares that the parking fee represents “ground zero in the fight against income inequality.” Valley Fair is one of the most affluent malls in America, yet it has the audacity to charge employees forty dollars a month for parking.

“How are they taking $40 from us? That’s wage theft. For many mall workers making minimum wage, $40 equates to a week’s worth of groceries that comes out of their paycheck,” Garcia added.

Sharing the same sentiments as Garcia, Ngo has shared how “deeply insulting” the plan is, stating that he can only afford to pay for his full-time employees, not his part-time employees. He further doubts that mom-and-pop shops and big retail stores will also offer to pay for their employee’s parking fees. Inevitably, the plan will not only drive prospective employees away from Valley Fair, but also force employers to choose between paying for their employees or sacrificing needed labor.

Mall management purposefully refuses to address the questions imposed by employees despite the backlash; rather, the company has issued a superficial statement: “We are aware of the concerns by some employees who work at the center. By creating a more controlled parking environment, the hope is that the already popular center brings even more customers to support retailers allowing them to flourish.”

The logic is eminently flawed—customers are repelled by parking fees and thus spend less time and money at the mall. Nevertheless, Valley Fair remains adamant in their stance: the “Controlled Parking Plan” has recently hit its two month anniversary, and optimism for change seems to be plummeting. Discouraged by the indifference of both the mall and the general public, the Instagram account @valleyfairworkerpetition was active in February when the plan was first introduced, but has ceased to post since early March.

Although the number of updates are waning, spreading continuous awareness to our local public is our best bet on securing free parking for employees. To do so, join Antonio Garcia and other employees in filing complaints to Valley Fair Management that address the inequity of the situation.